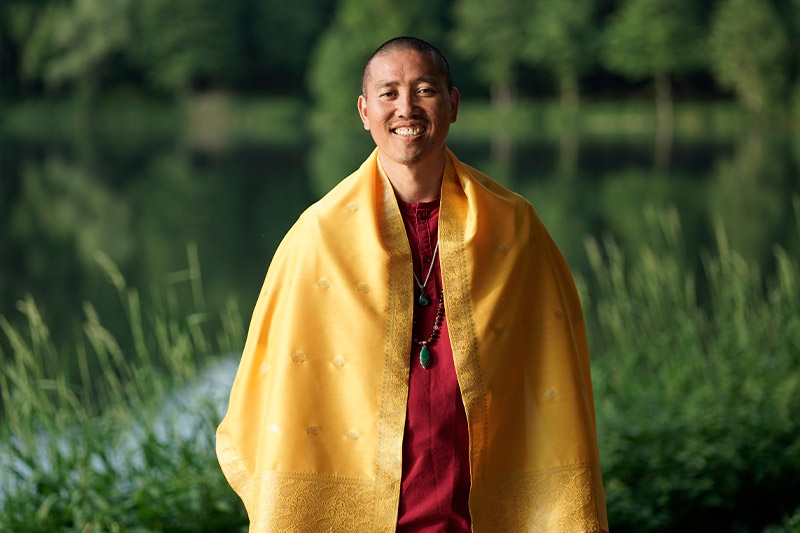 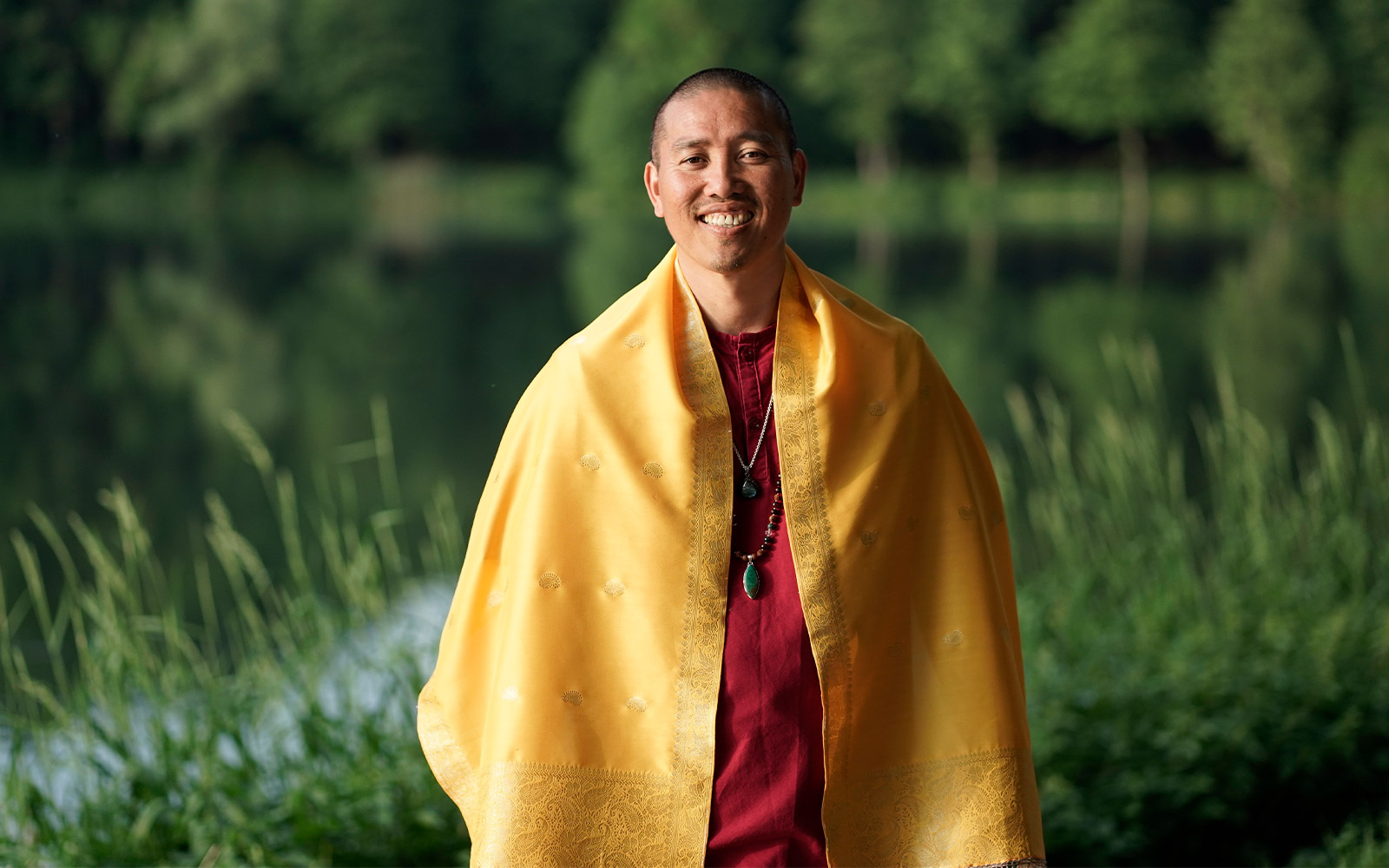 In the West, the idea of a spiritual Guru is little understood. In this post, Master Sri Avinash demystifies this concept, drawing on his experience of growing up in the West. He describes what a Guru really is, how to tell if someone is a true Guru (‘Sadguru’ in Sanskrit), the benefits of having a Guru, and more.

What is a Guru?

A Guru, also known as a Spiritual Master or Sadguru, is an individual who has achieved perfect equanimity of mind, or enlightenment, and is able to transmit this state and knowledge to others.

With their profound wisdom and power, they can accelerate the spiritual seeker’s progress by helping them overcome obstacles and confusion, and by clearing their negative tendencies.

The Guru also transmits to the seeker inner strength and power to help them on their path. With the help and guidance of a Guru, the seeker’s path becomes both beautiful and successful.

How does the world benefit from the presence of Gurus?

The world benefits not just from what the enlightened Guru does but from the vibration of the Guru, in the same way that if it’s winter we benefit from the warmth of the sun.

It is the high vibration of the Gurus that is keeping the world out of chaos. Without them, the world’s collective consciousness or vibration would be unbearable.

The Guru’s vibration is so powerful that, even though there are so few Gurus in comparison to the world population, the world is at a level where it can continue the journey.

It is the Guru’s vibration that benefits the world, so it doesn’t matter if they’re teaching or not. When a Master chooses to teach, to directly help to increase the vibration of others, there lies the greatness of that Master. But overall, it is their vibration, their presence, that is working to help the world day and night, day and night.

It is said that as soon as we have a thought, it goes across the universe and back in less than a second. That’s powerful! So even if the Guru is not teaching in the world, their vibration is pulsating across the universe and back at high frequency, over and over. They could be sitting in the Himalayas, in the forest, in the snow or in a cave, but their vibration is uplifting the planet. Then we can understand the benefit to the world—we don’t need a calculator to work it out!

The majority of the world has a great lack of understanding about enlightened Gurus, but in countries like India and Tibet, the Guru or Master is revered with such gratefulness, such appreciation.

In those countries, people give food and whatever is needed, in appreciation of the Guru’s contribution to the world. But when we don’t know how they benefit the world, we hear the word ‘Guru’ and it sounds like a joke or a swear word.

If somebody is contributing to the planet like that, just through their vibration, shouldn’t everybody feel grateful? Just to walk on a street where there is no violence, we should feel grateful towards these Gurus.

If our car breaks down and somebody comes to help us, we will feel grateful towards that person. But we should also feel grateful towards the Gurus, because they maintain the vibration at a certain level so that a person will actually think to help. If these Gurus and Masters were not keeping the vibration of the world at a certain level, that person wouldn’t think of helping—they might think of robbing us when the car stops! 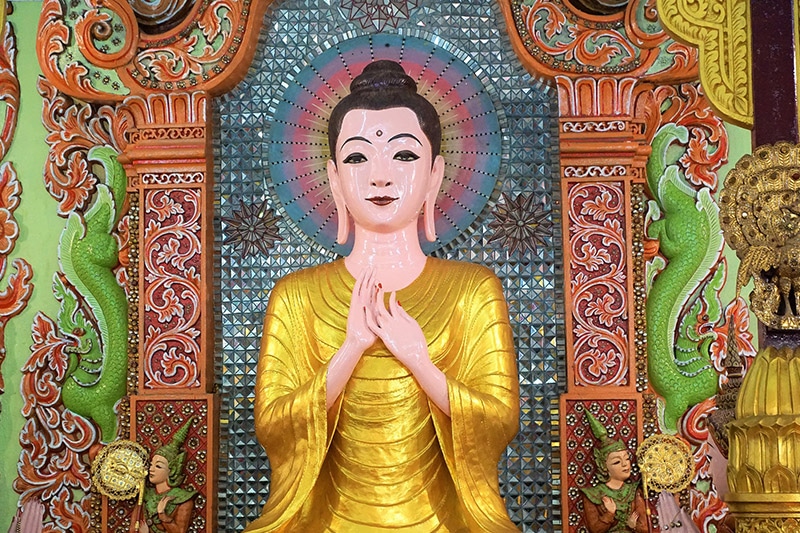 When we get to know a Guru personally, spending time with them, living or working with them, then we have more understanding. We will feel such gratefulness towards them.

The Guru does not do this for their own benefit. Day and night, day and night, the only thought that’s in their mind is, “How can I make people happy? How can I remove their anguish and suffering?”

All day and all night, their every thought is focussing on how to benefit people, and all their power is going towards that. That’s how they feel.

So, we should be grateful to the Gurus for any good things that we’ve done, any positive thoughts, any kind deeds—all the Gurus of the past and the present and the future. It is these Masters who influence the vibration of the planet, who give us the vibrational frequency so we have the feeling to be kind and compassionate towards another.

Love all Gurus, because they’re all doing the same work, increasing the vibration of the planet. Love them all. Support them. Help them. Be grateful. Enter the path of enlightenment yourself. Walk the path of Buddhahood and become a Master yourself. That’s the best way to express your gratitude towards the Gurus.

In the East they talk about the Guru as God, but in the West that’s a very controversial idea.

It is just a different culture in the East. And to understand how the Eastern culture came to be, you have to understand the difference between a Guru or a Master, and someone who is not yet enlightened. The essential difference is that the Guru knows that everybody is God, including themself, and the non-enlightened person thinks that nobody is God.

Now, let’s take India for example. India has had so many Masters over so many thousands of years. Their teachings were written down and these became the scriptures. So, in India it became the norm to know that everybody is God, but they don’t know it with 100% conviction. Whereas the Guru has realised it with 100% conviction. So therefore it is said the Guru truly is a God.

In countries like India, they see a Guru as God because the Guru has 100% conviction that they are God, and that everyone else is God.

It’s not just a belief the Guru has in their mind, it’s a direct perception, a direct knowing.

In the West, it’s just not part of our understanding that we are all God, so when somebody says they are God it is considered weird. In the Eastern cultures, that’s not weird. They see the Guru as a God, and they praise the Guru in the scriptures.

Reverence for spiritual Masters or Gurus

In cultures like India and Tibet, the word ‘Guru’ will touch a person’s heart. If someone is sad, just hearing another person speak about a Guru will immediately bring them comfort. They’ll feel consoled just to hear that word.

Most Western cultures make you feel ashamed to say you have a Guru. You might share about your Guru with your close friends and dear ones, because they know you, but you don’t share it with other people. Whereas in cultures like India and Tibet, there is no shame or discomfort about having a Guru. If anything, it’s the other way around—they feel so proud and fortunate to have a Guru. 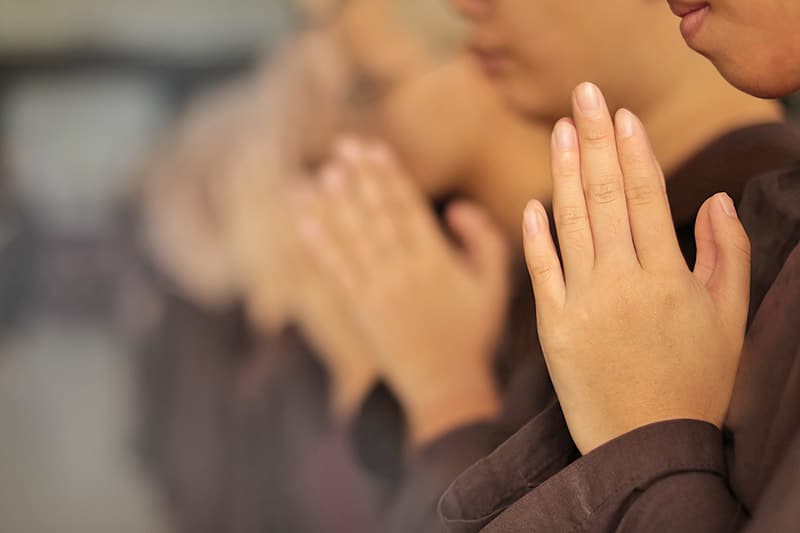 To develop reverence for something, we have to understand how it enhances our life. Only when one knows that something enhances their life will one have respect towards it.

How a Guru is life-enhancing

On the other hand, maybe a person doesn’t believe in God, so I will say it another way—when a person understands that a connection with a Guru enhances their life a thousand times more than money does, then immediately they’ll have reverence for the Guru.

Then, you can tell that person to leave the Guru, but they won’t. Their mother or father can say, “I don’t want you to see that person anymore,” but it won’t work. If you offer them a billion dollars not to see their Guru, it won’t work.

Nothing can stop them because they know how it enhances their life. Money is valuable—it puts food on the table. But they know having a connection with a Guru is a thousand times more valuable than money. Then, naturally, they have reverence for the Guru.

Incidentally, it just happens to be that when a person has reverence for a Guru in that way, immediately they have reverence for the whole of life, for every species on the planet, every person.

So if someone loves the Guru in that way, they will love their wife and children in that way as well. They will have that type of reverence, they will value their children and wife a thousand times more than they value money. It just happens to be like that. 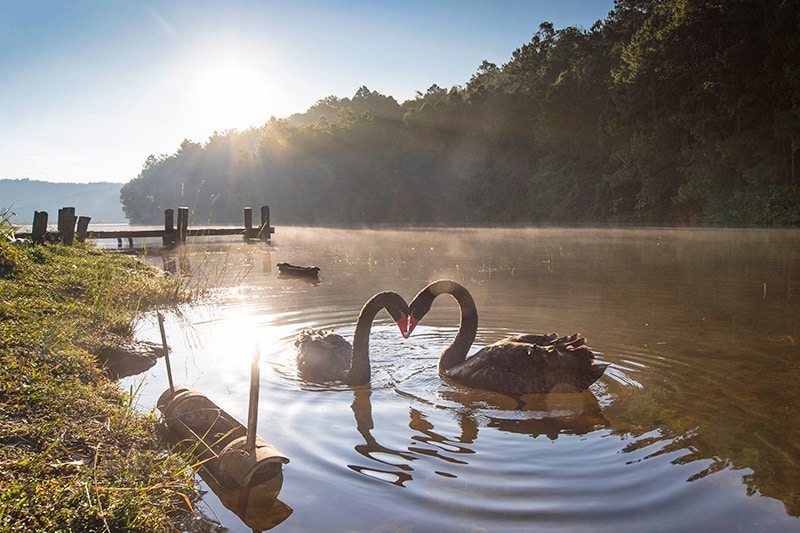 How to recognise a Sadguru (true Guru)

A typical cue is they have perfect equanimity of mind. That means nothing disturbs them. There’s no ‘up’ and there’s no ‘down’.

Looking with these eyes, you can’t tell, because it sometimes looks like a Guru is excited and at other times it looks like they’re not speaking much. But these eyes are not accurate, because inside the person is always perfect equanimity.

If the Guru is laughing aloud, there’s a lot of activity, a lot of noise. And if suddenly they’re in a quiet mood, they’re laughing too, but you just can’t hear the laugh! They’re laughing inside, but from the outside it looks very different.

So they have this perfect equanimity of mind—there’s no bad mood for even one second. It’s just not possible, because they know who they are.

Another quality is that they have perfect surrender. There’s no resistance in their life. Their life is like a leaf falling—whichever way the wind blows, they just go with that.

So they have this perfect surrender to life.

Sometimes on the outside they can do actions that look like they’re not loving, but it’s always sponsored by love inside. Always. We just don’t know that, that’s all. They might scream at a person, but that scream is just full of love, sponsored by love.

Another typical sign is that they are full of wisdom.

And the true Guru is always there, guiding others, protecting others. They never give up. Disciples give up, but the Guru never gives up.

So these are a few ways to recognise an enlightened Guru. 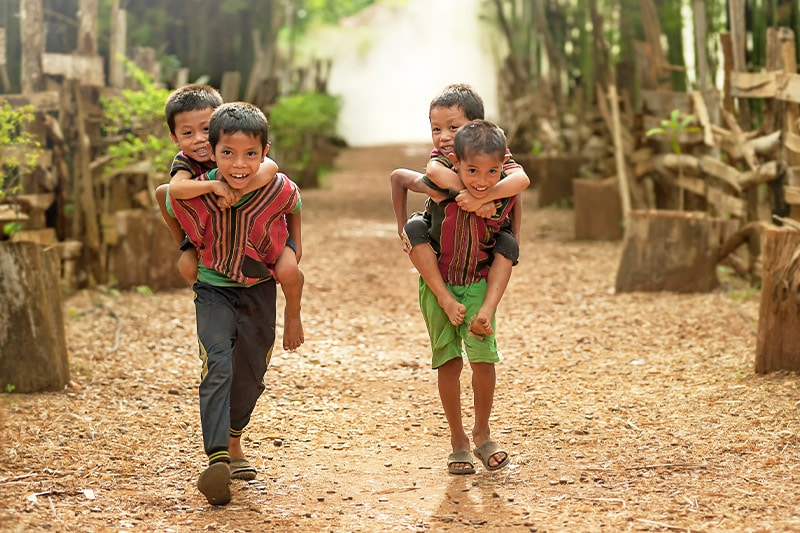 A spiritual Guru and the disciple’s effort

With simplicity and profound wisdom, Master Sri Avinash talks about the role and importance of self-effort when one has a Guru on the spiritual path. 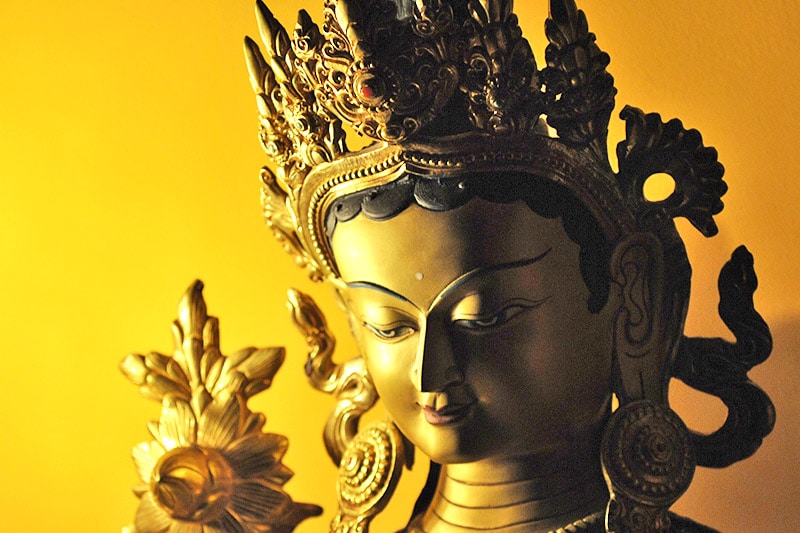 Gifts from my Guru

Master Sri Avinash shares with deep love, some of the greatest things he learned from his Guru on the path to his own enlightenment. 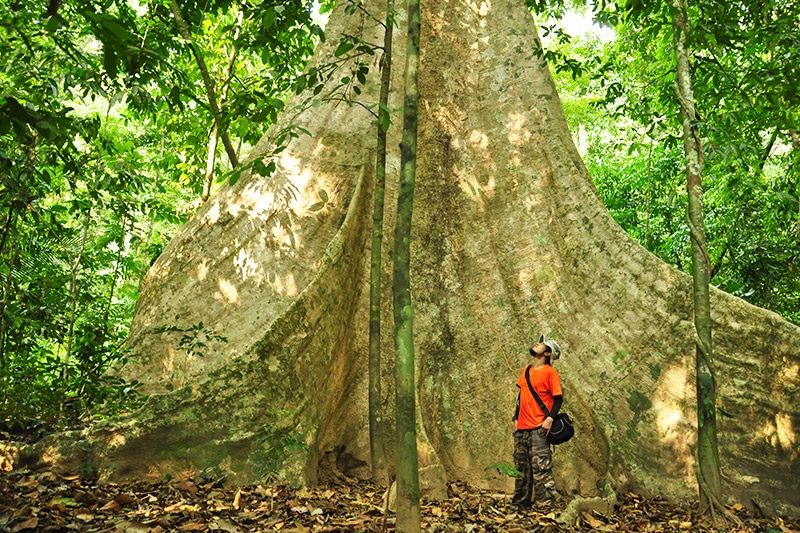 How to explain spiritual enlightenment

Master Sri Avinash’s simple response to this question makes it easy for us to understand how to explain this state that is beyond words.

What’s it like to live in Master Sri Avinash’s community? If you’re curious about this, you’ll enjoy these beautiful Living with the Master posts.

Follow the remarkable story of a heart-disciple living with Master Sri Avinash, as she shares her accounts of being in the company of such a beautiful Master. Hear what she has learned, and see how her life has uniquely been transformed.

In these posts, Devika recounts daily happenings living with the Master, describing her experiences and magical moments with depth and honesty.

Fulfilling the wishes of so many hearts yearning to learn from Master Sri Avinash, we are delighted to offer the online Becoming a Great Masterclass course, a one-of-a-kind offering that is an essential must for any healer or aspiring healer. Wait until you see what is included!